This book is a work of fiction. The names, characters, places and incidents are products of the writer's imagination or have been used fictitiously and are not to be construed as real. Any resemblance to persons, living or dead, actual events, locales or organizations is entirely coincidental.

Newsletter: – Click here to get an email as soon as the next book in the series is available. 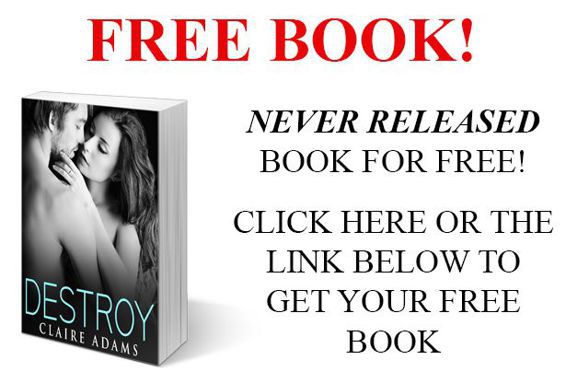 “Thanks, I still have a few people to interview, but I’ll be sure to give you a call.”

Yeah, right. Even after the guy’s out the door, I’m still choking on his cologne.

I’ve been in Manhattan for less than a month and my internship isn’t cutting it. You’d think that, even as an intern, working for one of the major stock brokers in the world would be enough to cover a simple, two-bedroom apartment.  You’d think wrong.

The big boss at my company makes something like 2,500 times my salary. Now, I don’t really expect to bring in the millions as an intern, but I should, at least, be able to hold onto an apartment.

You know, I’m really starting to think that my landlord only rented me the place for the eye-candy. The way he stares at my chest when he talks to me should have tipped me off, but I was just happy to talk to someone who heard my salary and didn’t laugh in my face.

Right now, I’m going around opening all the windows, hoping to air the place out before my next appointment arrives.

I’m waiting a while.

My final appointment of the day, a Dane Paulson, is already five minutes late.

Maybe he passed the other guy in the hall and had to be wheeled out of the building. I can’t begin to explain how, but opening the windows has only made the lingering stench worse.

I’m in the bathroom, putting drops in to lessen the stinging in my eyes when there’s a knock on the door.

The last thing I need is for a prospective renter to think I’m some crazy, emotional woman, crying about nothing. Either that would scare him away or make me appear that special kind of vulnerable that the worst kinds of people prey upon.

Neither one is an acceptable option.

I’m at the door one minute and three tissues later.

The man on the other side is tall, tattooed, and handsome. His black hair is cut short enough to nicely merge into his scruff. He’s leaning against the door jamb like an antihero from a noir film. He’s got that self-important look with his chocolate brown eyes staring at me that makes it appear like he lives here already and is wondering why it took me so long to answer the door and let him in.

I hate him already.

“Yeah,” he says, acting as if he’s chewing something which, as far as I can tell, he’s not. “Are you Lily?”

He leans back and looks at my door as if there’s some kind of useful information posted on it, then he looks back at me.

“I thought the ad said your name was Lily.”

He doesn’t answer, but just kind of struts in, his thumbs in his pockets. “Nice place,” he says.

“That’s quite the smell,” he says. “Let me guess: modeling party?”

If it’s a line, it’s about the worst one I’ve ever heard.

“No,” I tell him. “The guy ahead of you seemed to think it necessary to actually bathe in his—what are you doing?”

He’s by the countertop, leafing through the newspaper I haven’t read myself.

“I was out late last nigh. I was hoping to get a peek at the sports section.”

Yeah, I already hate this guy. Sadly, though, I’m desperate.

I have some money from my modest inheritance, but it wouldn’t last long in a place like this. And this is one of the more reasonably priced apartments in the city.

What I really want is to get a full time position at the brokerage firm so I can save up for a nice house; you know, somewhere far away from tattooed guy and the one who swims in cologne. I’d try for a place like that now, but I’d much rather get settled into my job before I blow all my money.

“Take it,” I tell him, acting like he’s not being incredibly nosy.

He doesn’t bother looking up from the paper. “That’s all right,” he says. “My team lost.”

For the next few seconds, we just stand there: him, still going through the newspaper, me, pretending I don’t want to chuck something at his head for the impropriety.

“I’m sorry,” he says, finally looking up from the sports section. “I haven’t even introduced myself. I’m Dane, Dane Paulson.”

“Leila Tyler,” I say and hold my hand out to shake his.

“It’s not that simple. I’ve had a number of interviews and some pretty solid prospects. I’ll need to know what kind of income you bring in, I’ll need to check your references. We haven’t even had our interview—”

“I just moved here, actually. I follow the music.”

“Well, it’s been nice meeting you, but I think I have enough—”

“Guitar, mostly,” he says. He stops looking around the apartment like he’s planning a break-in and looks at me for a moment. “Sorry, most people ask what I play when I tell them I’m a musician.”

“Sorry for my lack of etiquette. It’s been very nice meeting you, but—”

“That’s wonderful. Now, if I can just show you the beautiful craftsmanship in the hallway—”

“I could move in tonight. I mean, I don’t know what your schedule is like, but fuck it. Why wait?”

“Mr. Paulson,” I rejoin. “I think it would be best if you just left. I’ve decided not to rent the room.”

“Look,” he says, “I know $120,000 isn’t that much in New York City, but it’s more than enough to cover my half of the rent. That is the deal, right? We each pay half, have separate bedrooms, but the rest of the place is shared?”

“That would be the deal,” I tell him, “but you’re not listening.”

“It’s something like that. But I just don’t think it’s the right fit.”

“All right,” he says. “I’m sorry to hear that. If you change your mind, I’m still new enough to the city and would never know if you were fucking me.”

My mouth drops open a little. “Excuse me?”

“Fucking me,” he says. “You know, cheating me on my share of the rent.”