“I told you at the beginning that if your vow involved doing something wrong, that you were absolved. Do you remember?”

“Of course. Nu, so is putting up Schwarz’s building a sin?”

The rabbi smiled. “For this one particular case, Mr. Goralsky, I shall rule that the law of shatnes applies.”

“Shatnes? But isn’t that about clothing-that you shouldn’t mix linen and wool?”

His voice took on the Talmudic chanting intonation. “Now if the two passages were exactly the same, you could argue that what is intended is that the regulation is important and should be strictly applied. But where the rule is given, and in each case accompanied by two other rules, and the two from Leviticus are not the same as the two from Deuteronomy, we can interpret this to mean that the precept is intended to forbid various mixtures of two things of different kinds.”

He leaned back in his chair. “So you will say, where does it stop? We use many mixtures of diverse things: shoes made of leather and rubber, houses of wood and stone. If we go beyond the specific regulations, then we must have some kind of a test. What then would be a logical test? Why, obviously, if it seems wrong to you. For what other purpose did God give us our intelligence if not to use it? Your initial objection to Schwarz’s design was that the two buildings were of two different orders, and it seemed wrong to join them together. It bothered you from the very first. So my ruling is that this is an example of shatnes, and hence forbidden.”

The old man scratched his head. Then his wrinkled old face cracked into a smile and he beamed in fond admiration at the young rabbi. “And in the cemetery would be all right-it’s separate. It’s a pilpul, but you know something, Rabbi? Suddenly, I’m feeling all right.” 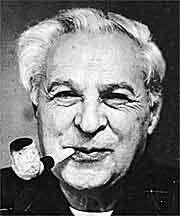 Harry Kemelman got an A.B. in English literature at Boston University and also earned his M.A. in English philology. He went on to teach and wrote freelance, his first series was the Nicky Welt stories, but then went on to the Rabbi tales which have won Edgar Allen Poe Awards and have also been made into a film (Lanigan's Rabbi). Kemelman died at 88 in 1996 in his hometown of Marblehead, Massachusetts. 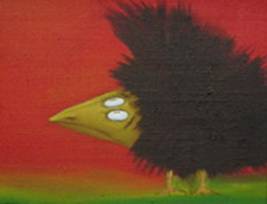