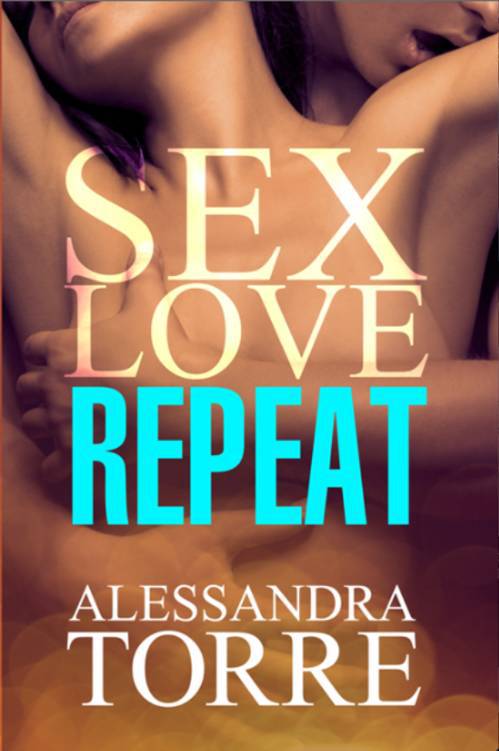 The Boy From the Woods

SPEEDBUMP: [noun] Someone | who stand in the way of a good ride.

CRUSHER: Someone who surfs hard, | as if they have nothing to lose | and no fear inside.

ACID DROP: When you take off on a wave | and suddenly have the bottom fall out | as you free fall down the face.

DIDDY MOW: the worst kind of wipeout. | One that causes broken bones, missing teeth, | or loss of life

OVER THE FALLS: [prepositional phrase] | Getting pitched head-first and slammed by the lip of a crashing wave.

SMUGGLING: [verb] To hide arousal, usually by | holding your board in front of you while walking.

They have accepted the situation. Stewart, because his life is too busy for the sort of obligations that are required in a relationship. Paul, because he loves me too much to tell me no. And because my sexual appetite is such that one man has trouble keeping up.

So we exist, two parallel relationships, each running their own course, with no need for intersection or conflict. It works for us, for them, and for me. I don’t expect it to be a long-term situation. I know there is an expiration date on the easy perfection of our lives.

I should have paid more attention, should have looked around and noticed the woman who watched it all. She sat in the background and waited, tried to figure me out. Saw my two relationships, the love between us, and the moment that it all fell apart.

I don’t even know she exists.

She loves them. I love them.

And they love me.

Everything else hangs in the balance.

The characters and events in this book are fictitious. Any similarity to real persons, living or dead, is coincidental and not intended by the author.

All rights reserved. In accordance with the U.S. Copyright Act of 1976, the scanning, uploading, and electronic sharing of any part of this book without the permission of the publisher is unlawful piracy and theft of the author’s intellectual property. If you would like to use material from the book (other than for review purposes), prior written permission must be obtained by contacting the publisher at alessandratorre4@gmail.com. Thank you for your support of the author’s rights.

Printed in the United States of America

The publisher is not responsible for websites (or their content) that are not owned by the publisher.

The heart is stubborn. It holds onto love despite what sense and emotion tells it. And it is often, in the battle of those three, the most brilliant of all.

I hear my name but I cannot open my eyes. I try, pushing and pulling with the weak muscles of my eyelids, but there is no movement. Nothing to minimize the blackness, nothing to pull me from this rabbit hole of darkness. But I can hear. I have emerged into awareness with only one sense, and I grab onto it with all of my heart and pull upward, trying to raise myself into life through the elements of sound alone. I had heard my name, had heard Paul say it, crystal clear, his voice thick with emotion. I strain for more, worried he has left, tensing and pushing every muscle I have, trying for movement, trying to reach out with my hands and grab his skin, his shirt, anything.

Then I pause on my journey, all of my efforts freezing, stalled in their worthless attempts, because a second voice has joined the first.

A voice I love, his deep, authoritative tone one that traditionally makes my breath quicken and my knees weak. But here, in this place, it makes my heart drop. His voice should never be heard in tandem with Paul’s, their presences should never be intersected, much least raised in tandem in what sounds to be an argument.

And I know, as my mind closes off—pushes me deeper into the black rabbit hole of oblivion, my subconscious fighting tooth and nail as I am pulled down, down, down... I have failed. All of my attempts, my careful lives of separation...

“Madison.”  I hear my name one last time, but it is so faint, I cannot tell which man it comes from.

I am nosy. A meddler. Mom used to say it would be my downfall. She was probably right. It certainly got me in enough trouble early in life, my matchmaking skills often falling flat, my snooping ending disastrously. As an adult, I should know better. I should keep to myself—keep my curiosity to a minimum.

I haven’t seen Stewart in two years. Ever since we had a big blow up over Thanksgiving dinner, and his inability to have time for anything but work. I now regret that fight. It was valid, and I was in the right, but it wasn’t worth the silence. Silence that stretched a week, then a month, then years, each passing holiday a reminder of my loss. I don’t know if it’s his stubbornness or the fact that his busy schedule has pushed thoughts of me out of mind. I don’t know what’s worse—intentionally being snubbed or being forgotten about.

For me, it was initially stubbornness, our commonalities peaking in that one trait: pride. And since I, after all, was right, there was really no reason for me to break first—to weaken and reach out when he was the one in error. Now, it doesn’t really matter whether I was initially in the right. I just want him back. Sadly, my point has been proven even more by his silence. He doesn’t have time for me. He only has time for work. And for her. That blonde who holds his busy heart in her hands.

I first saw them in the society pages, his hand tight around her waist, her smile bright and natural, affection in her eyes as she beamed at him. His is so rarely photographed, never having the time for the premieres or charity galas that most men of his position flock to like obedient animals. He doesn’t lunch at the Ivy or stroll through Beverly Hills. He takes the elevator down from his condo, walks four buildings west, and rides a different elevator up to his office. Work. Sleep. Repeat. At least that was his life when I knew it. When I had a part, however small, in his heart. Maybe things are different now. Maybe he takes weekends off, has dinner dates, movie nights, and tropical vacations, and takes that ray of California blonde right along with him.

But I doubt it. My online stalking has shown no such habits. Best I can tell, he is the same Stewart—she is the only change.

Whether she is a passing fancy or a long-term possibility, that is yet to be known. I will find out. I moved here, in small part, to become a part of his life again. Whether he wants me to or not. So I’ll find out more about her. I’ll know soon enough how much of a role she plays in his life. I’ll sit back, watch, and gather information. He is certainly too busy to notice my eyes.