This work (excluding appendices and ancillary material) is fiction. Names, characters, places, and incidents either are the product of the author's imagination or are used fictitiously. Any resemblance to actual persons, living or dead, events, or locales is entirely coincidental.

I dedicate this novel to the memory of my mother and father, to my sister, Elisabeth Gille, to my children and grandchildren, and to everyone who has felt and continues to feel the tragedy of intolerance.

Irène Némirovsky wrote the two books that form Suite Française under extraordinary circumstances. While they may seem remarkably polished and complete, "Storm in June" and "Dolce" were actually part of a work-in-progress. Had she survived, Irène Némirovsky would certainly have made corrections to these two books and completed the cycle she envisaged as her literary equivalent to a musical composition.

Translation is always a daunting task, especially when the translator has so much respect and affection for the author. It is also a creative task that often requires "leaps of faith": a feeling for tone, sensing the author's intention, taking the liberty to interpret and, sometimes, to correct. With Suite Française, I have made slight changes in order to correct a few minor errors that appear in the novel. In particular, I have altered characters' names when they were inconsistent and could prove confusing. However, I have retained other anomalies that pose no real problem to the reader, such as the incorrect proximity of Tours to Paray-le-Monial. Perhaps the most striking error for the English reader is the misquotation of Keats, when Némirovsky writes: "This thing of Beauty is a guilt for ever." I have deliberately retained this mistake in the text as a poignant reminder that Némirovsky was writing Suite Française in the depths of the French countryside, with a sense of urgent foreboding and nothing but her memory as a source.

The Appendices in this edition provide important details regarding Némirovsky's plans for the remaining three books, along with poignant correspondence that reveals her own family's terrible situation.

This translation would not have been possible without the support, advice and encouragement of many people. I am very grateful to my husband Peter, my son Harry, Rebecca Carter at Chatto amp; Windus, Anne Garvey, Patricia Freestone, Philippe Savary, Paul Micio, Jacques Beauroy and my friends and colleagues at Robinson College, Cambridge. It has been a privilege to translate Suite Française. I am sure Irène Némirovsky would have been happy that so many years after her tragic murder, so many thousands world wide can once again hear her voice. I hope I have done her justice.

I wish to dedicate this translation to my family: the Steins, Lantzes, Beckers and Hofstetters, and to all the countless others who fought, and continue to fight, prejudice and persecution. 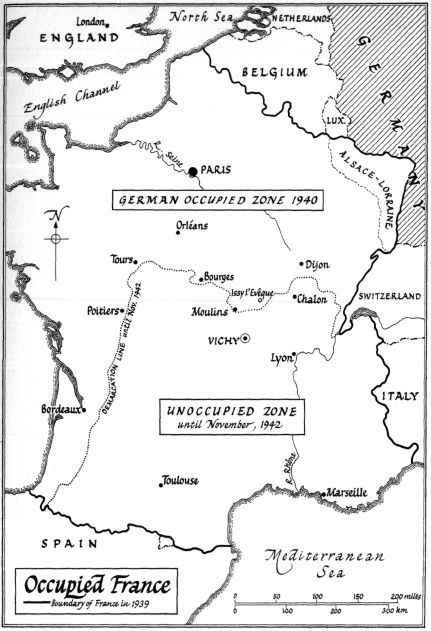 ONE Storm in June

Hot, thought the Parisians. The warm air of spring. It was night, they were at war and there was an air raid. But dawn was near and the war far away. The first to hear the hum of the siren were those who couldn't sleep-the ill and bedridden, mothers with sons at the front, women crying for the men they loved. To them it began as a long breath, like air being forced into a deep sigh. It wasn't long before its wailing filled the sky. It came from afar, from beyond the horizon, slowly, almost lazily. Those still asleep dreamed of waves breaking over pebbles, a March storm whipping the woods, a herd of cows trampling the ground with their hooves, until finally sleep was shaken off and they struggled to open their eyes, murmuring, "Is it an air raid?"

The women, more anxious, more alert, were already up, although some of them, after closing the windows and shutters, went back to bed. The night before-Monday, 3 June-bombs had fallen on Paris for the first time since the beginning of the war. Yet everyone remained calm. Even though the reports were terrible, no one believed them. No more so than if victory had been announced. "We don't understand what's happening," people said.

They had to dress their children by torchlight. Mothers lifted small, warm, heavy bodies into their arms: "Come on, don't be afraid, don't cry." An air raid. All the lights were out, but beneath the clear, golden June sky, every house, every street was visible. As for the Seine, the river seemed to absorb even the faintest glimmers of light and reflect them back a hundred times brighter, like some multifaceted mirror. Badly blacked-out windows, glistening rooftops, the metal hinges of doors all shone in the water. There were a few red lights that stayed on longer than the others, no one knew why, and the Seine drew them in, capturing them and bouncing them playfully on its waves. From above, it could be seen flowing along, as white as a river of milk. It guided the enemy planes, some people thought. Others said that couldn't be so. In truth, no one really knew anything. "I'm staying in bed," sleepy voices murmured, "I'm not scared." "All the same, it just takes one…" the more sensible replied.

Through the windows that ran along the service stairs in new apartment blocks, little flashes of light could be seen descending: the people living on the sixth floor were fleeing the upper storeys; they held their torches in front of them, in spite of the regulations. "Do you think I want to fall on my face on the stairs! Are you coming, Emile?" Everyone instinctively lowered their voices as if the enemy's eyes and ears were everywhere. One after another, doors slammed shut. In the poorer neighbourhoods there was always a crowd in the Métro, or the foul-smelling shelters. The wealthy simply went to sit with the concierge, straining to hear the shells bursting and the explosions that meant bombs were falling, their bodies as tense as frightened animals in dark woods as the hunter gets closer. Though the poor were just as afraid as the rich, and valued their lives just as much, they were more sheeplike: they needed one another, needed to link arms, to groan or laugh together.

Day was breaking. A silvery blue light slid over the cobblestones, over the parapets along the quayside, over the towers of Notre-Dame. Bags of sand were piled halfway up all the important monuments, encircling Carpeaux's dancers on the façade of the Opera House, silencing the Marseillaise on the Arc de Triomphe.

Still at some distance, great guns were firing; they drew nearer, and every window shuddered in reply. In hot rooms with blacked-out windows, children were born, and their cries made the women forget the sound of sirens and war. To the dying, the barrage of gunfire seemed far away, without any meaning whatsoever, just one more element in that vague, menacing whisper that washes over those on the brink of death. Children slept peacefully, held tight against their mothers' sides, their lips making sucking noises, like little lambs. Street sellers' carts lay abandoned, full of fresh flowers.

The sun came up, fiery red, in a cloudless sky. A shell was fired, now so close to Paris that from the top of every monument birds rose into the sky. Great black birds, rarely seen at other times, stretched out their pink-tinged wings. Beautiful fat pigeons cooed; swallows wheeled; sparrows hopped peacefully in the deserted streets. Along the Seine each poplar tree held a cluster of little brown birds who sang as loudly as they could. From deep beneath the ground came the muffled noise everyone had been waiting for, a sort of three-tone fanfare. The air raid was over.