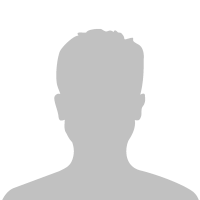 Brian Francis Wynne Garfield is an American novelist and screenwriter. He wrote his first published book at the age of eighteen and wrote several novels under such pen names as "Frank Wynne" and "'Brian Wynne" before gaining prominence when his book Hopscotch (1975) won the 1976 Edgar Award for Best Novel. He is best known for his 1972 novel Death Wish, which was adapted for the 1974 film of the same title, followed by four sequels, and an upcoming remake. His follow-up 1975 sequel to Death Wish, Death Sentence, was very loosely adapted into a film of the same name which was released to theaters in late 2007, though an entirely different storyline, but with the novel's same look on vigilantism. Garfield is also the author of The Thousand-Mile War: World War II in Alaska and the Aleutians, which was a finalist for the Pulitzer Prize for History. Garfield's latest book, published in 2007, is Meinertzhagen, the biography of controversial British intelligence officer Richard Meinertzhagen. Garfield is the nephew of chorus dancer and stage manager Chester O'Brien.