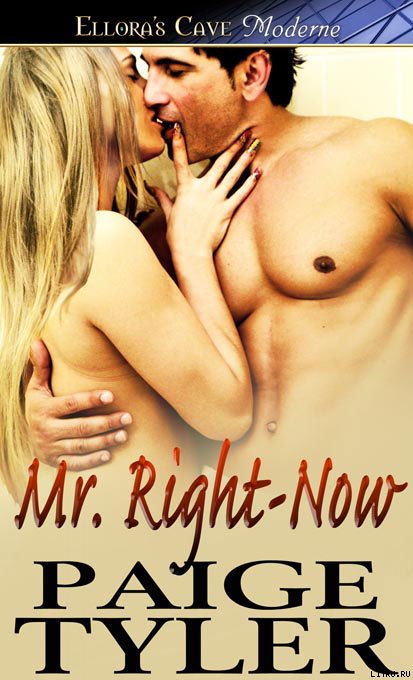 With special thanks to my extremely patient and understanding husband, without whose help and support I couldn’t have pursued my dream job of becoming a writer. You’re my sounding board, my idea man, my critique partner, and the absolute best research assistant any girl could ask for! Thank you for talking me into finally taking the plunge and submitting to Ellora’s Cave.

The author acknowledges the trademarked status and trademark owners of the following wordmarks mentioned in this work of fiction:

Always the bridesmaid, never the bride. Wasn’t that how the saying went? Well, it sure the heck fit her, Kate Gentry thought. Since graduating from college eight years ago, she’d been a bridesmaid eight times and had the dresses in her closet to prove it. After the last time, she told herself if one more friend asked her to be in their wedding party, she was turning them down. Of course, she couldn’t very well keep that promise when it was her best friend in the whole world doing the asking. Which was why she was on a ferry heading from Seattle to San Juan Island to be maid of honor at the upcoming nuptials.

For all her grumbling, though, Kate would never have dreamed of turning Rachel down when the other girl asked her to be in the wedding party. While she might have rotten luck when it came to men, Kate was thrilled Rachel was marrying the man of her dreams. Not only was Rachel’s fiancé good-looking and successful, but he treated her like a princess. Seeing the couple together gave Kate hope there was a guy just as wonderful somewhere out there for her. All she had to do was find him.

Kate leaned on the railing and propped her chin on her hand as she looked out over the water at the Cascade Mountains. Why the heck did all of her friends find Mr. Right while she got stuck with one loser after another? Okay, maybe “loser” was the wrong word. The men she’d gone out with were all very nice. Unfortunately, none of them were interested in marriage. Or maybe they just weren’t interested in marrying her.

Sighing, she let her gaze wander over the deck below. It was deserted except for a tall, dark-haired man standing by the railing. He had his back to her, so she couldn’t see his face, but from his broad shoulders, sculpted biceps, and great butt, she was willing to bet he was handsome. With a body like that, he had to be. It’d be a crime if he wasn’t. She wished he would turn around so she could see if she was right.

As if he’d somehow read her mind, the man turned to face her direction. He leaned back, casually resting his elbows on the railing behind him. Kate blinked as she took in his straight nose, chiseled jaw, and wide, sensual mouth. It was just as she thought. He was gorgeous. In fact, he was so good-looking it made her wonder if he was a model and there was a photo shoot going on for a magazine or something down on the lower deck. She could definitely picture him in an ad for Abercrombie & Fitch. She scanned the deck for a camera crew, but she didn’t see one. If anything, Mr. Tall, Dark, and Perfect seemed to be all alone down there.

Kate chewed on her lower lip thoughtfully, wondering if she should go down and casually run into him. It wouldn’t be the first time she did it to meet a guy. Who knew? Maybe he lived in Seattle, too. They could go on a couple dates, develop a deep meaningful connection, and be coming back to San Juan Island to get married themselves by this time next year.

Her gaze lingered on the man for another moment before she turned away from the railing and went back inside. Quickly making her way over to the stairs, she hurried down to the lower deck and out the double doors to the front of the ferry. When she got there, however, the handsome hunk was nowhere in sight.

Frowning, she turned around to look through the windows to see if she could spot him inside, but to her dismay, she didn’t see him anywhere.

Wasn’t that just her luck? She finds a gorgeous guy and loses him before she can even talk to him. Oh, well. He was probably married anyway. Or gay. The good ones were always one or the other.

Tucking her long, ash-blonde hair behind her ear, Kate walked over to the railing and looked out at the mountains again. Though not nearly as interesting as the hot guy she was eyeing earlier, the view was still breathtaking. She didn’t think she’d ever get tired of seeing the lush, green trees and snow-topped mountains. The ferry was certainly a great way to see it all. After the wedding, maybe she should come up here on her own for a vacation.

The cool breeze coming off the sound whipped at Kate’s hair and she reached up to tuck it behind her ear again. Although she would have preferred to stay on deck and enjoy the view, she knew if she didn’t get out of the wind soon she’d be a mess by the time she got to San Juan Island. Since the rest of the wedding party would probably already be there, she didn’t want to show up looking like she’d spent the afternoon in a wind tunnel. Besides, she thought as she made her way across the deck and back inside, maybe she’d run into that gorgeous guy. God, he’d look so damn good in a tux.

Much to Kate’s disappointment, however, he was nowhere to be found. She kept an eye out for him anyway, hoping he might make an appearance at some point before the ferry arrived at San Juan Island, but he didn’t. When the boat neared the dock a little while later, Kate finally gave up on the notion of running into him and went down to the lower deck where the vehicles were parked. She made her way along the row of cars until she came to hers, then got in and waited along with everyone else while the passengers without vehicles disembarked.

Once Kate got off the ferry, it was a short drive through the small town of Friday Harbor to the inn where her friend’s wedding was being held. Though Kate had never been to the hotel before, she’d read about it in several magazines and according to them, it was one of the premier wedding venues in the Pacific Northwest. As she drove up the winding driveway, she could see why. With its panoramic windows, sleek-looking architecture, and well-manicured grounds, it was absolutely beautiful. She could just imagine the pictures of her own wedding party on the front lawn. She and her husband would pose right by that cute, little fir tree near the deck. It would be so romantic.

Kate glanced at her watch as she crossed the hotel lobby to the main desk a few minutes later. According to the detailed schedule of events Kate had helped Rachel plan for the weekend, the bridal party was supposed to be getting together for drinks at the poolside bar in twenty minutes. Although she knew she’d be cutting it close if she went up to her room and changed after checking in, she really didn’t want to show up in jeans and a funky graphic-print T-shirt.

Once in her room, Kate unpacked as fast as she could, but after one look in the mirror, she decided she needed to redo her makeup. Between hurrying to catch the ferry and braving the wind to find that guy, she was a mess. By the time she was dressed and ready, she was already fifteen minutes late for the start of the get-together. Catching sight of her reflection in the mirror on the wall as she made her way to the pool area, however, she decided being a little late was worth it. The flirty little slipdress and high-heeled sandals she’d changed into accentuated her slender curves and made her legs look a mile long. She didn’t like making her friends wait, but she never knew when she might meet her future husband, so she always liked to look her best.