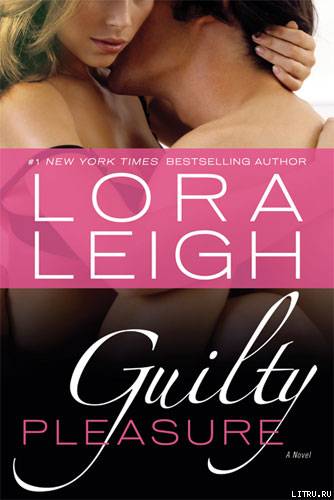 The seventh book in the Bound Hearts series, 2010

For Mom. For believing in me. For years of supplies and for understanding the imagination. For being proud of me and for being there for me. Now, if we could just work on that stubbornness issue you have…:)

A big thank-you to Holly, for the hours of research and frequent phone calls to keep my life organized and running smoothly, so I could get the edits done.

Thank you to Bret, for jumping in when I need you to, and for the hugs and understanding. Don’t worry, son, you’ll get to drive alone one of these days.

A big thank-you to Donna Hershberger, who takes care of the little details. Nursemaid, armchair psychologist, and general sounding board.

And a big thank-you to Sharon. For driving, listening, and all the little things you do that make my life run easier.

Marty Mathews stared at her boss, division chief Vince Deerfield, with a hidden sense of surprise as he threw the thick file on Khalid el Hamid-Mustafa across the desk.

The dull, yellow folder hit, slid, then fell from the desk to scatter loose sheets of information and pictures at her feet.

Khalid el Hamid-Mustafa. The bastard son of a Saudi sheikh suspected of terrorism. His father, Azir Mustafa, was a religious hardliner, a man who ruled one of the more barren sections of Saudi Arabia, on the Iraq border. He had tarred his sons with his own brush and in doing so had subjected Khalid to years of suspicion by the United States.

It was the reason Marty had been tailing Khalid for the past two years. As an FBI agent, one on the low end of the totem pole as far as her boss was concerned, Marty had been stuck playing babysitter and peeping Thomasina to one of the most sexually active men she had ever laid her eyes on.

A dark, brooding, dangerous man. There was no doubt in her mind that Khalid Mustafa would be a very dangerous man to cross. If she had doubted it, then the information her godfather had given her over the past years would have confirmed it.

There was a reason why she had never reported any of the more suspicious activities Khalid had engaged in. Quite simply, it was because he engaged in them at the orders of her godfather, the director of the FBI.

“No comment?” Vince snarled, his heavy brows lowered, his hazel green eyes spitting fire and brimstone back at her.

“I’m the agent who’s followed him for the past two years,” she replied politely. “As my reports state, there’s no evidence to support the suspicion that Mr. Mustafa has any ties to a terrorist community.”

Vince threw himself back in his chair and glared at her now. That glare was nerve-racking. It boded ill to any agent on the receiving end of it. Unfortunately, she was the agent in question.

“Two years,” he snapped. “I gave you two years, Agent Mathews, to find just a shred of evidence to support the suspicions we have against him. Two years. I could have convicted a five-year-old with that amount of time on my hands.”

No doubt he could have but, on the other hand, he wouldn’t have had a godfather who was director of the entire FBI going over his reports, editing them and deleting minor points that could have supported that suspicion because Khalid was currently his favorite mole.

“A five-year-old wouldn’t have the decadent lifestyle Mustafa has.” She rolled her eyes at the thought of it. “I rather doubt the man has the time to consort with terrorists. He’s too busy playing with his little friends.”

That was more truth than fiction, actually, no matter how much her godfather liked to smile and deny it.

Her boss stared back at her as though she were a slug under a rock that somehow had dared him to touch her. The very fact that he couldn’t fire her without bringing down a heavy barrage of interest in his office was only the tip of the iceberg of reasons he hated her.

The man was slowly committing career suicide and didn’t seem to have a clue. Her godfather was Zachary Jennings, the director of the FBI and Deerfield ’s boss. She didn’t run crying to Daddy Zach, but that didn’t mean he wasn’t well aware of the treatment she had been receiving in this office since being assigned to it.

“Well, you can stop protesting the assignment,” he bit out, his tone malevolent. “You’re off. The operation is dead in the damned water, thanks to your godfather and your incompetence. What did you do, go crying to him?”

Marty sat up straighter, a frown line forming between her brows at the accusation she had thought of only moments before. “I’ve never discussed this assignment with my godfather,” she informed him, bristling at the insult, but thanking God that her godfather had taught her how to lie when she was young. “And I stopped crying to him when I was three.”

“Then I don’t have to worry about a protest on my desk when I tell you that you have to be one of the lousiest agents I’ve ever had in my division,” he stated derisively.

“The only report you have to worry about is the one I may file, sir.” She stared back at him, fighting to hide her anger. “Perhaps it wasn’t my lack of skill so much as your lack of foresight and inability to accept the fact that Mustafa is guilty of nothing but his own sexual excesses.”

She kept her tone respectful. She assured herself there was none of the animosity that brewed inside her leaking into it.

He sneered back at her, and it was all she could do to keep from telling him what a fruitcake he had become over the years.

His determination to find any shred of evidence that he could procure against Khalid had become a running joke within the office. He refused to listen to reason, refused to see that there was nothing to tie Khalid to any terrorist. Except those that her godfather had him secretly meeting with.

Now wasn’t that fucked up?

“My lack of foresight has never been an issue.” He rose to his feet and paced to the wide windows that gave views out over D.C. as he blew out a hard, disgusted breath. “Either way, the operation has been shut down. You’re off the case, Mathews. You can finally begin the vacation you’ve been crying about for the past two years.”

Crying about? She rather doubted it. She had submitted the request the month before she had been assigned to Khalid, and had merely resubmitted it every six months. She deserved her vacation. She hadn’t had one in over three years.

“Thank you, sir.” She just barely managed to keep the mockery out of her voice.

Not that Deerfield was fooled. He glared back at her as he clasped his hands behind his back and straightened his shoulders to stare down his hooked nose at her.

“You’re excused.” He grimaced, as though there was a smell that offended him. “I’ll see you back here in one month. Hopefully by then I can find an assignment worthy of your mediocre skills.”

Damn. She could wait longer than four weeks before returning to this office or Deerfield ’s questionable mercies. The man was a fiend. She would have nightmares while on vacation concerning her return.

“Thank you, sir.” Rising to her feet, she gave him a short-lived, less than sincere smile. “I’ll see you in a month.”

Marty turned on her heel and walked quickly to the door, desperate to get away from the malevolence she could feel pouring from her boss.

Running to her godfather wasn’t going to be a problem, though, because she had a feeling her time at the agency was history. At the moment, she was being courted by more than one private protection firm and she was seriously considering one very lucrative offer.